The otter is a secretive semi-aquatic species that can be found in a wide variety of habitats, including rivers, streams, ditches, lakes and marshland, as well as coastal areas. Otters suffered a severe decline during the 20th century due to hunting and pollution of their habitats. Otters require clean watercourses with an abundant and varied food supply. Following conservation efforts and legislation regulating certain pesticides, otter populations are now recovering throughout the UK. 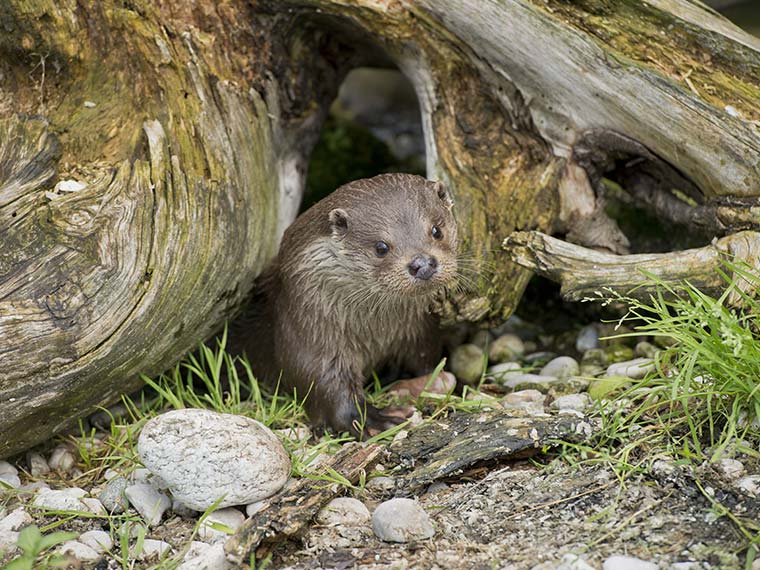 Otters are European Protected Species under The Conservation of Habitats and Species Regulations 2017 and are also protected under the Wildlife and Countryside Act (WCA) 1981 (as amended). These pieces of legislation make it an offence to: disturb, kill, or disturb an otter or disturb, obstruct access to or destroy / modify any place used for rest or shelter by an otter.

jh ecology can advise on all aspects of otter survey and mitigation. We will typically conduct an initial site appraisal to identify the potential for otters to be present on a site, and therefore the need for more detailed survey looking for evidence of otters including:

Otter surveys can be undertaken at any time of year, but surveys carried out during spring are optimal. This is because evidence is often easier to find as water levels recede during spring and footprints can be seen more easily where wet mud is exposed. Please refer to our Ecological Survey Calendar for seasonal constraints to undertaking protected species surveys.

If it is likely that otters will be affected by a development, then an otter mitigation licence may be required from the statutory nature conservation organisation (e.g. Natural England) to legitimise proposals. As part of the licence application, mitigation and compensation measures will be required to avoid / reduce impacts on otters.

jh ecology can prepare an otter mitigation licence application on your behalf and design and implement site specific mitigation measures to reduce any negative effects on otters.

Mitigation measures may include designing the development so that it retains otter habitats, avoids road crossings and culverts, and uses otter-proof fences to stop otters getting into development sites. jh ecology can provide further advice on mitigation and compensation measures suitable for otters, including:

In the event that otter breeding or resting sites would be impacted by development, jh ecology can advise on the design and construction of artificial otter holts.